It appears that Intel Core i9-12900KS CPUs are already making their way into the hands of a select few lucky customers, despite there still being no official release date or price for the soon-to-be flagship chip.

According to VideoCardz, a customer by the name of ‘DAGINATSUKO’ was able to snag themselves Intel’s prospective best gaming CPU by placing an order with a US retailer before the outlet was able to pull the listing from their website. They apparently were asking around $790 USD for the processor, which makes it $200 more expensive than the Core i9-12900K. However, it’s currently unclear whether this is indicative of the actual MSRP for the Core i9-12900KS.

Unfortunately, we still don’t yet know how much the increased max turbo frequency of 5.5GHz found on the Intel Core i9-12900KS’s performance-cores and higher power draw will affect gaming performance. We shouldn’t have to wait much longer for benchmarks to emerge, however, whether they come from Intel directly or from a lucky third-party that already has the processor.

The Intel Core i9-12900KS will face stiff competition from the upcoming AMD Ryzen 7 5800X3D, but it could have just enough power to poke a hole in team red’s claims of its Zen 3 processor being “the world’s fast gaming CPU.” 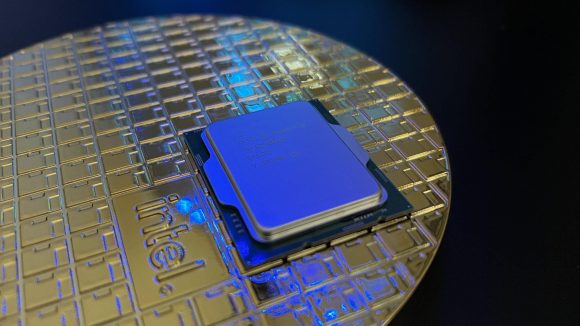 Of course, there’s the prospect of Zen 4 chips transforming the landscape of the CPU market, and it may be worth waiting to invest in a Raptor Lake processor instead of the Core i9-12900KS for your next gaming PC upgrade. Time, as always, will tell.