2022 is poised to be an awesome year for PC gaming: with new 12th gen Intel Core processors, new Ryzen 6000-series processors, and the new NVIDIA RTX 3070 Ti and 3080 Ti, there’s never been a better time to upgrade your machine—and to trick it out with new high-refresh rate displays, feature-filled keyboards, and DIY PC components. Here’s a guide to all the new gear ROG announced at CES for 2022.

Between all-new chips to all-new form factors, 2022 is a banner year for ROG gaming laptops. Our 2022 laptop lineup contains everything from ultra-portable 2-in-1 convertibles to insanely powerful esports machines and everything in between, for gamers of all stripes. 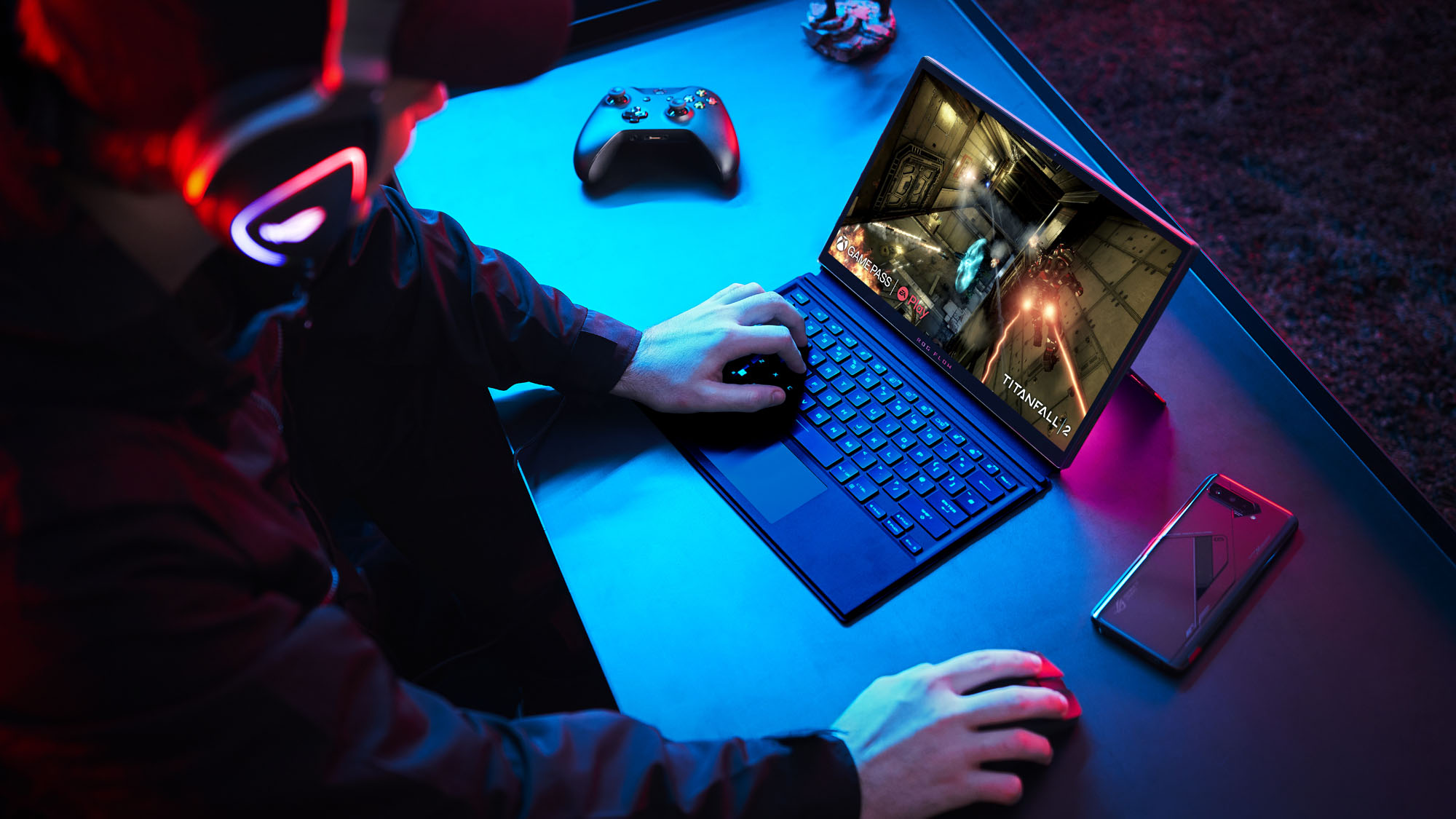 The ROG Flow Z13, for example, is our most portable device ever: with the form factor of a tablet and the power of a gaming laptop, you can bring this 2-in-1 anywhere and play it any way: with the detachable keyboard cover and mouse, with the built-in touch screen, or with a wireless gamepad. Or hook it up to the XG Mobile external GPU for desktop-class power. 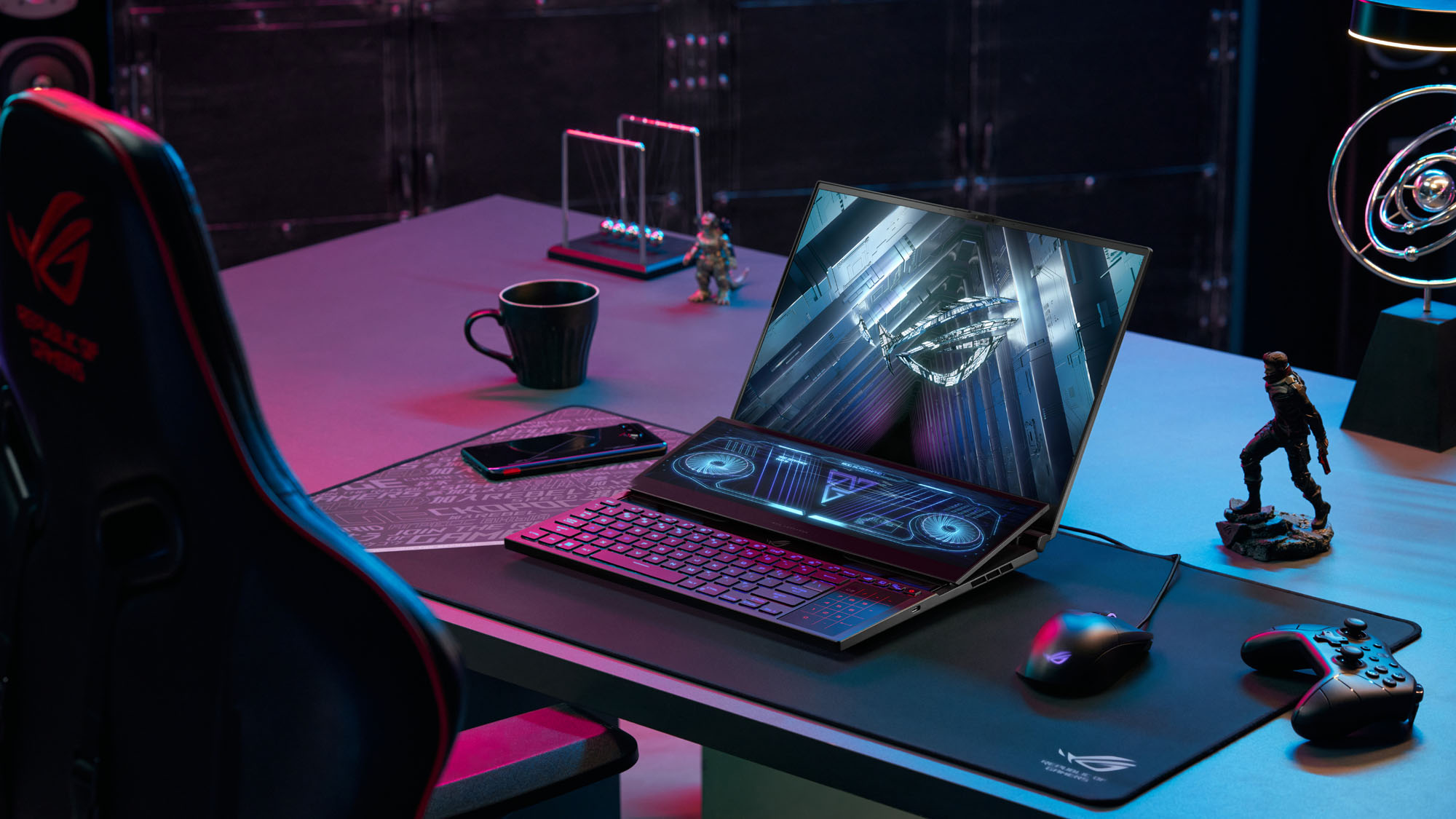 Our Zephyrus series once again blends performance and portability with thin and light machines that stretch the boundaries of what’s possible in the form factor. The Zephyrus Duo 16 blends an innovative dual-display design with a mind-blowing mini LED display we call Nebula HDR, while the critically-acclaimed Zephyrus G14 sees an upgraded Nebula display and AniMe Matrix™ on the lid. The Zephyrus G15 and M16 have also gotten updates with the latest hardware from Intel, AMD, and NVIDIA. 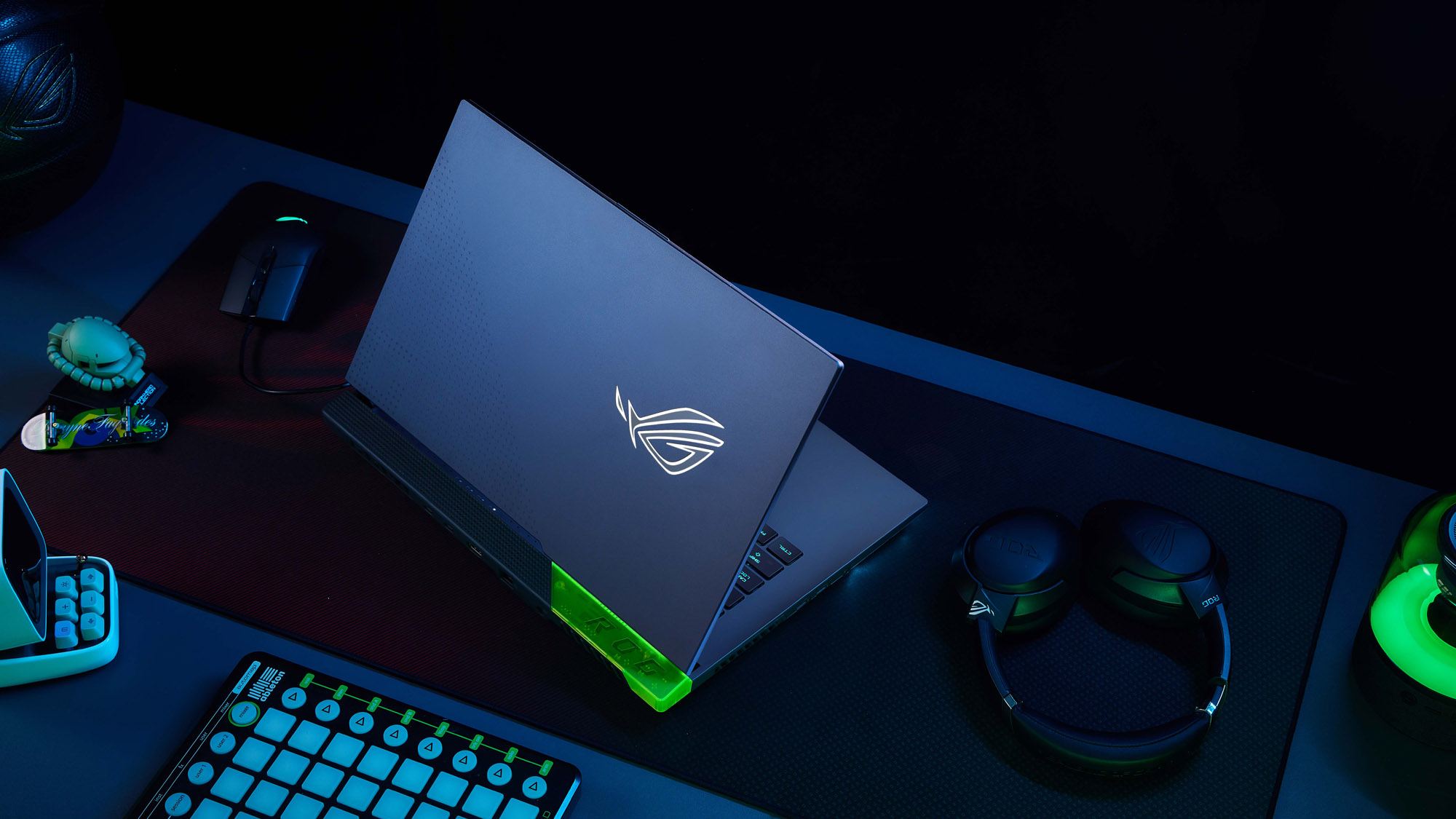 With maximum power for competitive gaming, the Strix line continues to pack top-of-the-line hardware, including the new RTX 3070 Ti and 3080 Ti, plus a 360Hz display that offers incredibly smooth, clear motion. Gear up for professional competition with the top of the line Strix SCAR, or show off your style with the accessible and high-powered Strix G, both available in 15” and 17” varieties.

Not to mention every 2022 ROG laptop comes equipped with a MUX Switch and liquid metal to eke every possible frame out of that new hardware. No matter who you are, ROG has something for you.

Your computer’s monitor is a window into another world, and ROG has always sought the bleeding edge in display technology. This year, we’re releasing four new displays that change the game once again, from ultra-high refresh rates to pixel-perfect OLED gaming monitors. Yeah, you read that right.

OLED displays like the new 42” ROG Swift OLED PG42UQ and 48” ROG Swift PG48UQ allow for unparalleled picture quality, with organic light-emitting diodes that allow each pixel to turn on and off individually for truly deep blacks. Coupled with their 4K resolution, 98% DCI-P3 coverage, and HDR capabilities, these monitors will create an image that pops off the screen in ways you’ve never seen on a desktop gaming monitor. If you want the ultimate in picture quality, this is it. 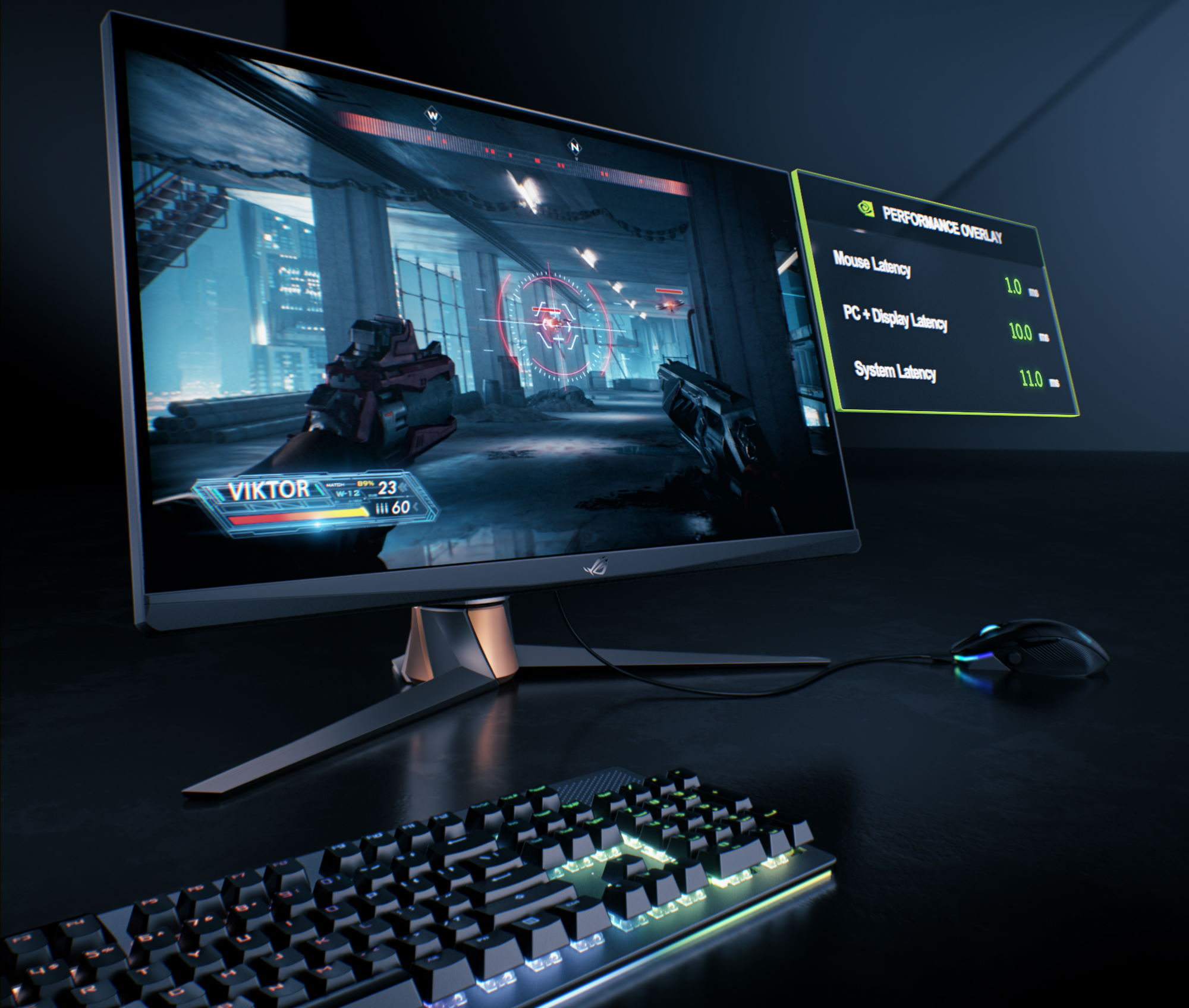 If the fastest possible refresh rate is your top priority, then fire up your favorite esports game on the new ROG Swift PG27AQN, which blends a sharp 1440p resolution with a blindingly fast 360Hz refresh rate. No longer do you have to choose between sharp and smooth—with this 27” display, you can have the best of both worlds with no compromises. 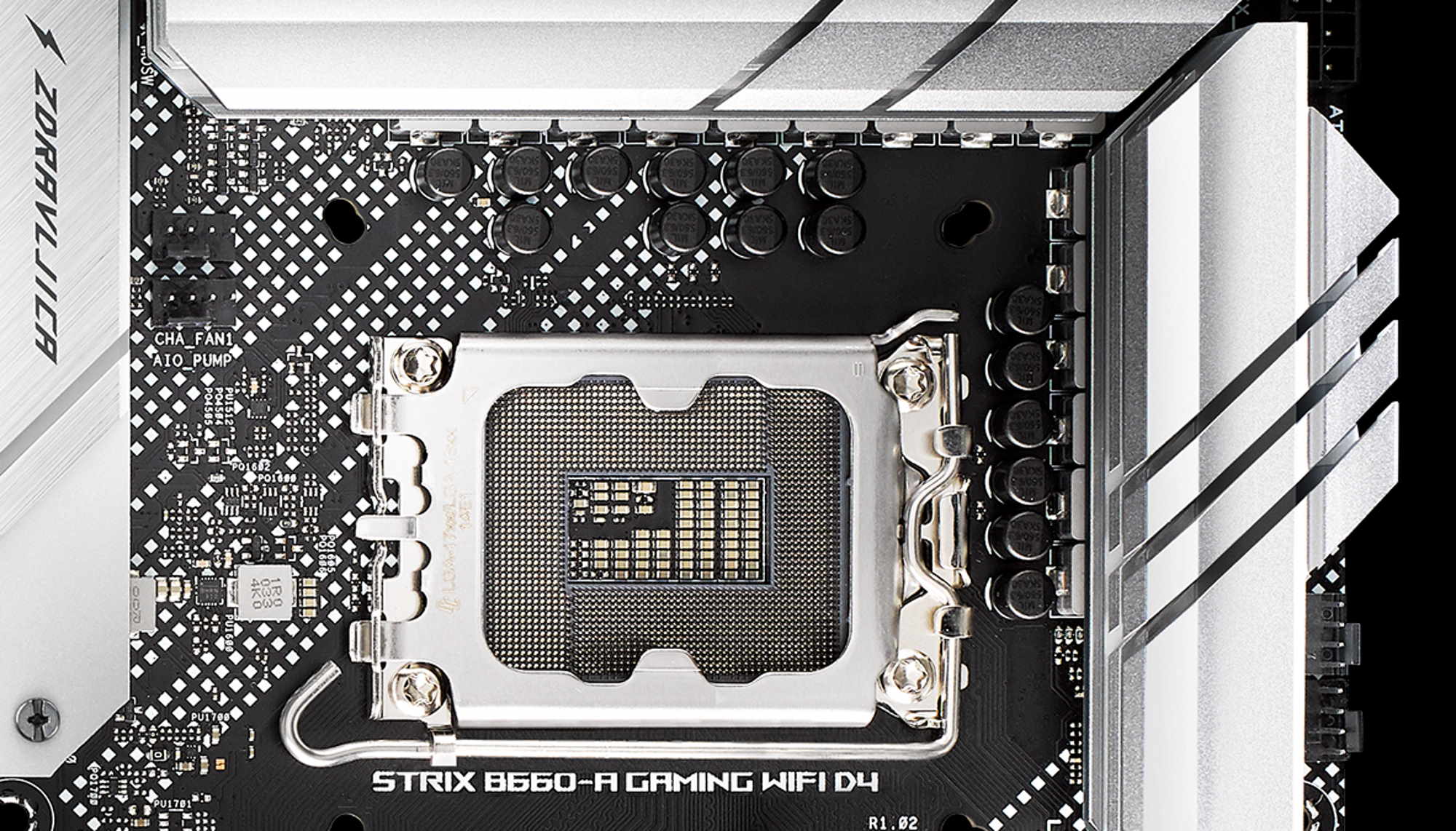 New processors from Intel beg for new chipsets with cutting-edge features, and we’ve got a host of motherboards to act as the backbone of your new gaming PC. On top of the family of high-end Z690 motherboards we announced last fall, all ready and waiting to serve as your dream overclocking platform, we have new ROG Strix Z690 motherboards and a full lineup of ROG Strix B660 motherboards. With the introduction of the more-mainstream B660 chipset, there’s an ROG motherboard for every 12th Gen Intel build. Need to top off your showcase build with a high-performance AIO liquid cooler that exudes style? Don’t miss the new ROG Ryujin II ARGB with its striking 3.5” OLED panel and radiator fans with addressable Aura Sync RGB LEDs.

On the heels of our recent ROG Thor power supplies, we’re also announcing the new ROG Loki series of PSUs at CES 2022—with all the high-quality components you’ve come to expect from ROG in an SFX-L form factor for Mini-ITX rigs. Available in 1200W, 1000W, 850W, and 750W variants, the ROG Loki series provides incredible power, efficiency, and protection for even the most high-end small form factor builds. 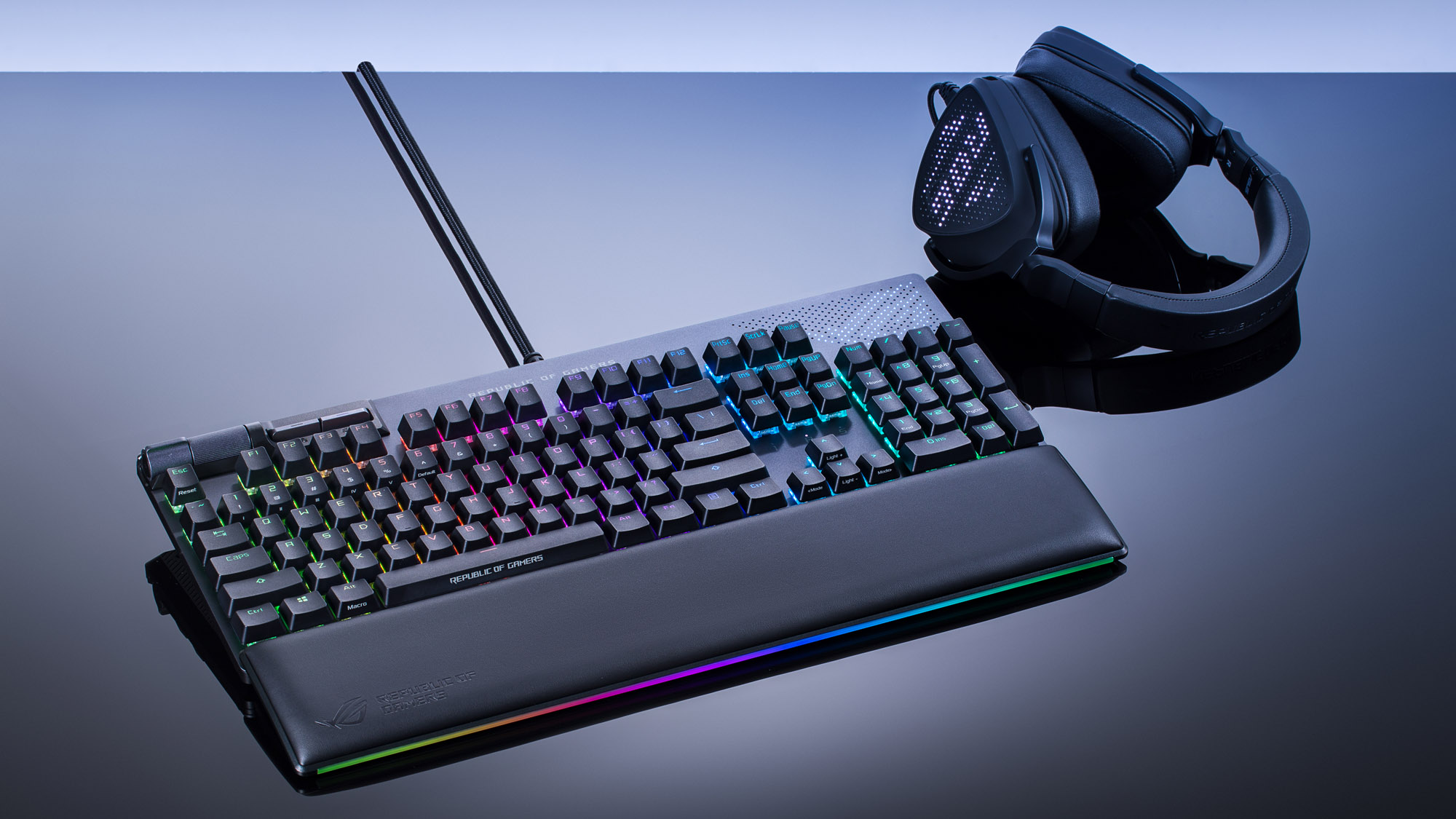 It’s not all about the internals, though: we’re also releasing an updated version of our Strix Flare keyboard, the ROG Strix Flare II Animate. With hot-swap key switches and an AniMe Matrix LED display in the corner, this is the most customizable keyboard you’ve ever seen, with high-end PBT keycaps and lightning-fast performance with our own NX red, blue, and brown switches so you never miss a keystroke. Round out your setup with the new ROG Rapture GT-AXE16000, the world’s first quad-band Wi-Fi 6E gaming router, or the ROG Rapture GT-AX11000 routers, which brings the latest Wi-Fi 6E and Wi-Fi 6 tech to provide top-tier performance and comprehensive software suites to any home network.

With so many new technologies, there’s never been a better time to upgrade your battlestation—no matter what kind of gamer you are. Follow the links on this page for more information about each product, and connect with us on social media to keep up with all our latest announcements.