A decade ago, NVIDIA introduced the 50-class GPU, offering gamers great performance, on the latest architecture, at an affordable price. It was the first step up into GTX gaming.

Now, 3 of the top 5 GPUs on Steam are GTX 50-class, including the GeForce GTX 1050. When it was released in 2016, the GTX 1050 could power the top games of the time at over 60 frames per second. But the production value of games continues to rise, and modern games need much more GPU horsepower. The GTX 1050 struggles to keep up. Even a GTX 1050 Ti or the more modern GTX 1650 can’t power the latest games at 60 FPS. 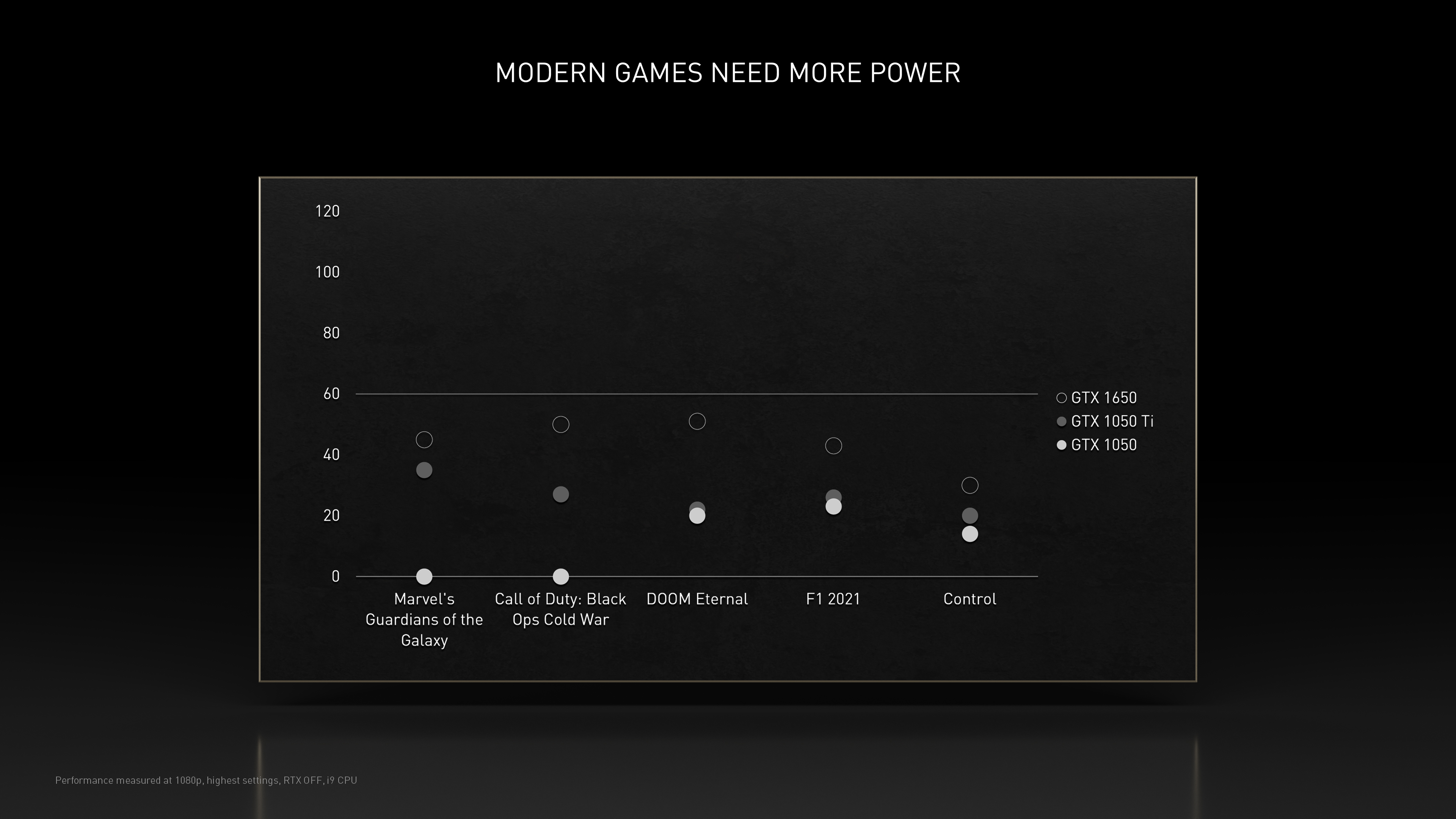 Today, they are announcing the GeForce RTX 3050. It brings the performance and efficiency of the NVIDIA Ampere architecture to more gamers than ever before.

GeForce RTX 3050 graphics cards come equipped with 2nd generation RT Cores for ray tracing and 3rd gen Tensor Cores for DLSS and AI. For the first time, you can play ray traced games on a 50-class GPU at over 60 FPS. RTX-powered ray tracing and DLSS are the new standard in gaming and the RTX 3050 makes them more accessible than ever. It further comes equipped with 8GB of GDDR6 memory.

Of course, with the GeForce RTX 3050, you also get the many other benefits and features of our platform. That includes NVIDIA Reflex to minimize your system latency in games, the NVIDIA Broadcast app for AI-powered voice and video, NVIDIA Encoder for great streaming, NVIDIA Studio to accelerate and enhance creative applications, our reliable Game Ready Drivers and Studio Drivers, and more.

Starting at £239, the GeForce RTX 3050 will be for sale worldwide on January 27th.
Click here for the original article Windows 11 Tips: Get help with holiday shopping thanks to features built into Microsoft Edge