AOC and Philips Monitors surpass the market growth in Europe

AOC proudly announces its worldwide market leadership among gaming monitors in the first quarter 2020. The brand achieved the highest, 19.5% market share globally, outpacing its competitors for the second quarter in a row (IDC Gaming Tracker Q1 2020).

In addition, according to the most current figures from the market analyst Context, the monitor market in Europe has entered its fifth year of consecutive growth since the Q1 of 2016. In the first quarter of 2020, the monitor market grew by 5%, compared to Q1 of 2019. Display specialists AOC and MMD (brand license partner of Philips monitors), both owned by TPV – one of the world’s leading LCD monitor and TV manufacturers – grew more than double the market growth by increasing their sales volume by 12.3%. In an ever expanding and highly competitive market, the combined market share of both brands together ensures their third position in the market since Q1 of 2018 with their total market share of 14.9%.

Thanks to the highly successful, award-winning gaming monitors from its G1 and G2 series and the latest AGON 3 models from the premium gaming series AGON; display specialist AOC has advanced to the first position in the high refresh rate (100 Hz and faster) monitor market with 28.3% market share, increasing its sales volume by an impressive 40% compared to last year’s first quarter. 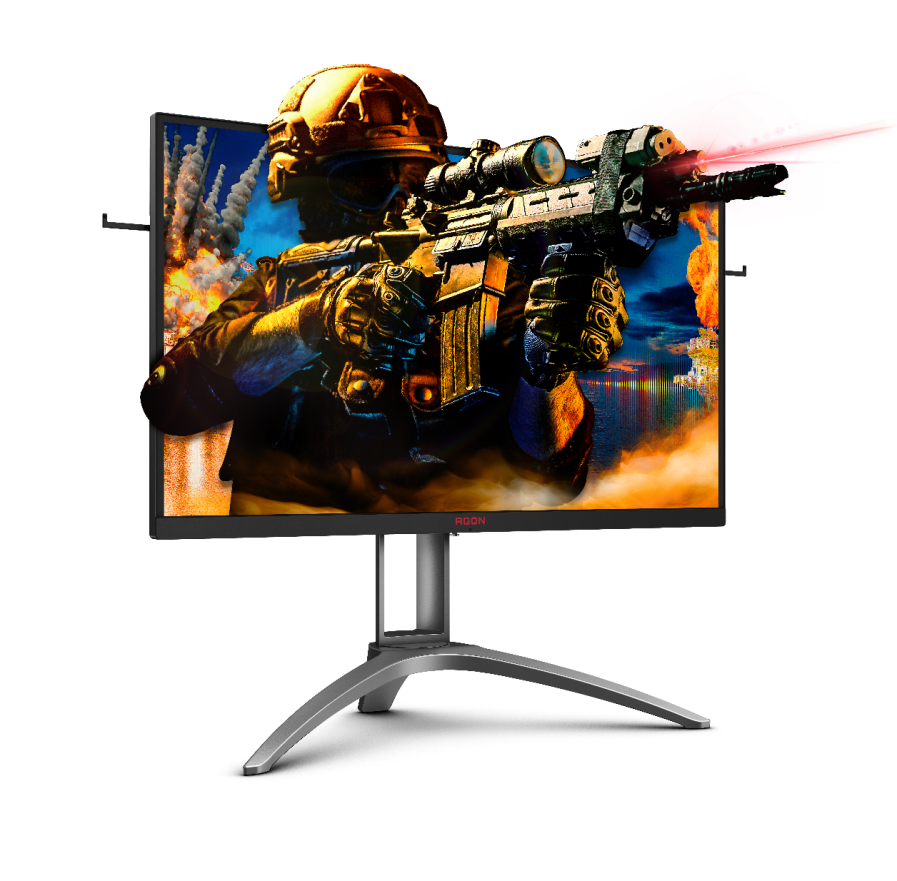 Large-sized monitors (27” display size and above) have also constituted a significant growth area for the monitor market in the first quarter of 2020. In Q1 2020, this segment grew by 22.1% from Q1 2019. AOC and MMD combined have more than doubled this growth, increasing their volume by 47.4% in the same period and recording the largest sales figures in this segment in Q1 2020. Philips monitors (MMD) grew its volume by 21.5%, and AOC grew its volume by an impressive 89.1% in the same period, becoming the fastest growing brand in this segment. Both brands combined achieved the first position in the large-sized monitor (27”+) segment by increasing their total market share by 2.8% year-on year, covering 16.2% of this growing market. 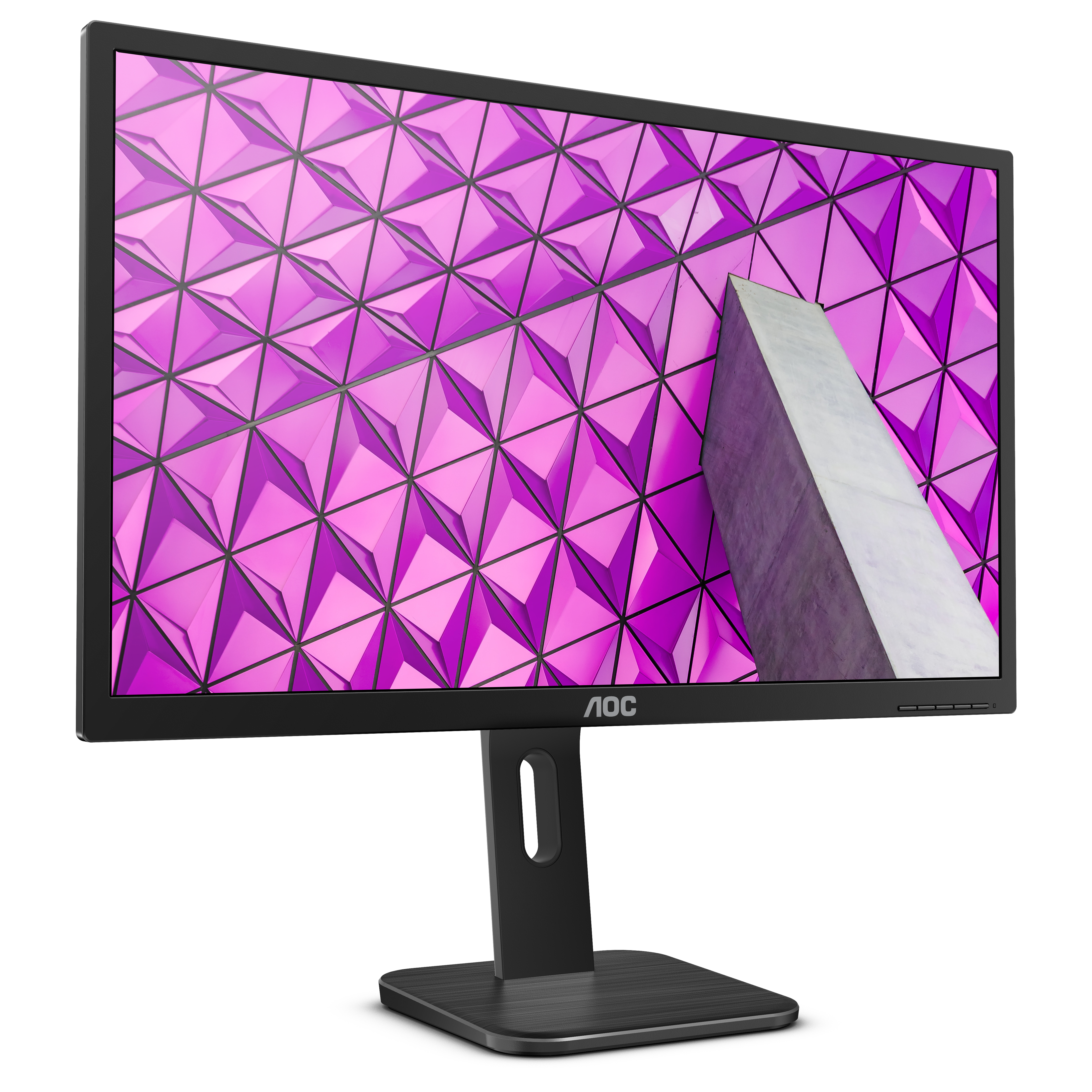 The overall market for monitors continues to grow thanks to several developments. The volume of high-resolution displays (QHD and UHD) worldwide grew by 40% from Q1 2019 to Q1 2020, underlining the gradual shift from the common Full HD displays. Also, UltraWide (and SuperWide) displays (21:9, 32:9 and 32:10 aspect ratios) – such as the AOC CU34G2X or the Philips 43” 439P9H or 49” 499P9H – are becoming more widespread due to the increased immersion as well as productivity they enable. The growth of such monitors worldwide was 100% year-on-year. Curved displays gain more track increasingly, too: this market increased by 63% year-on-year. Demand for large-sized monitors also increased, especially in business environments where productivity is of great importance. 27” display size has become the new standard. Larger displays usually also provide new technology for increased flexibility and innovative solutions, thus contributing to greater productivity and ease of use, such as full-fledged USB-C docking monitors with Gigabit Ethernet ports, MultiView (Picture-In-Picture capabilities) and KVM switches.

AOC’s growth in this period (13.9% increase of sales volume, year-on-year) is certainly connected to its broad portfolio of monitors for gaming enthusiasts, hardcore as well as professional e-sports players. These kinds of monitors have high-performance specifications, including high refresh rates, low response times and curved panels for immersive gaming. The growth of AOC is also based on its competitively-priced and well-equipped business displays for the SME and public sectors, such as the B1 (Basic), E1 (Essential) and P1 (Professional) series. The large screen sizes in the gaming and business line-ups (with the P1 series, for example) were also a significant growth area for AOC (89.1% growth year-on-year).

The growth of Philips monitors has been made possible thanks to sustainable, “green” products such as the 271B7QGJEB, innovative solutions such as USB-C docking monitors with Ethernet connection, PowerSensor for reducing energy consumption, and pop-up webcam for increased security and ease of use with instant login via Windows Hello.

Philips monitors have the broadest USB-C portfolio in the market (with 12.27% market share in this segment), ranging from simple USB-C connections to full-on integrated USB-C docking options including Ethernet and Power Delivery via USB-C. In this “USB-C” monitor segment, Philips monitors grew by 14% year-on-year and 40% compared to the previous quarter. Additionally, the console gaming monitors from the Momentum line such as the 32“ 326M6VJRMB and the flagship 43” 436M6VBPAB contributed to MMD’s growth. Finally, SuperWide models such as the 439P9H (32:10) and 499P9H (32:9) monitors, which are equipped with user-desired features (large display sizes, pop-up webcam, increased efficiency with PowerSensor, full-fledged USB-C docking), were a big factor in MMD’s growth. In this 43” + 49” segment, Philips monitors hold the third place in the market.

Also, one of the contributing factors for increasing sales Philips monitors are the 10-point touch displays from the B2B-focussed B9T series, which are dust/water resistant (IP65) with a highly adjustable stand for outdoor use, perfectly suitable for the HoReCa, education sectors and Point of Sale applications.

”With the latest quarter, AOC and Philips monitors again saw a bigger increase than the market. For both brands, we watch closely what the consumer desires from a monitor. Whether its high refresh rates, latest technologies and accurate panels for gaming monitors or UltraWide and SuperWide displays, energy saving and productivity increasing features for business monitors, we have a solution for each market and our sales figures prove that we’re on the right track” says Stefan Sommer, Director Marketing & Business Management in Europe at AOC International Europe and MMD Monitors & Displays.

In the UK and Ireland, the monitor market grew by 8.3% in Q1 2020 compared to Q1 2019. MMD grew its volume by 23.8% in the same period. The market share of the two brands combined is 7.9%, which puts them in fourth position in the market.
The large-size monitor segment (27” and above) grew by 33% in the same period, while the combined volume of both brands grew more than double that amount, by 68%. Both AOC and MMD contributed to this growth equally by increasing their volume by 66.8% and 69%, respectively.

“We are very pleased with our results in the first quarter, which shows we are on the right track. We have shown double the market growth in the large monitor segment, this area is becoming increasingly popular,” says Paul Butler, Sales Director UK and Ireland MMD and AOC.