Get the maximum out of your games: how Shadow Control improves your experience

The play of light and shadow is an essential part in many modern computer and video games. In recent years, technology has made a huge leap and is able to create even more realistic worlds in computer games. Despite steady improvements in the graphics department, games can sometimes get quite confusing, with limited visibility of elements of the game – especially due to lack of contrast. With Shadow Control, AOC monitors eliminate this factor and contribute to an even better gaming experience.

What is shadow control?

Shadow Control is a feature shared by most AOC gaming monitors. It provides players with an extra option to adjust shadow levels. You can either brighten darker areas or make lighter areas darker, whichever you prefer. That way you can enhance the contrast of the dark areas on your screen drastically without affecting the rest of the image.

This makes for crystal-clear images that look much more immersive while being easier on your eyes too. Never fail to spot an enemy again, just because of imbalanced contrast levels that prevent you from gathering crucial information! 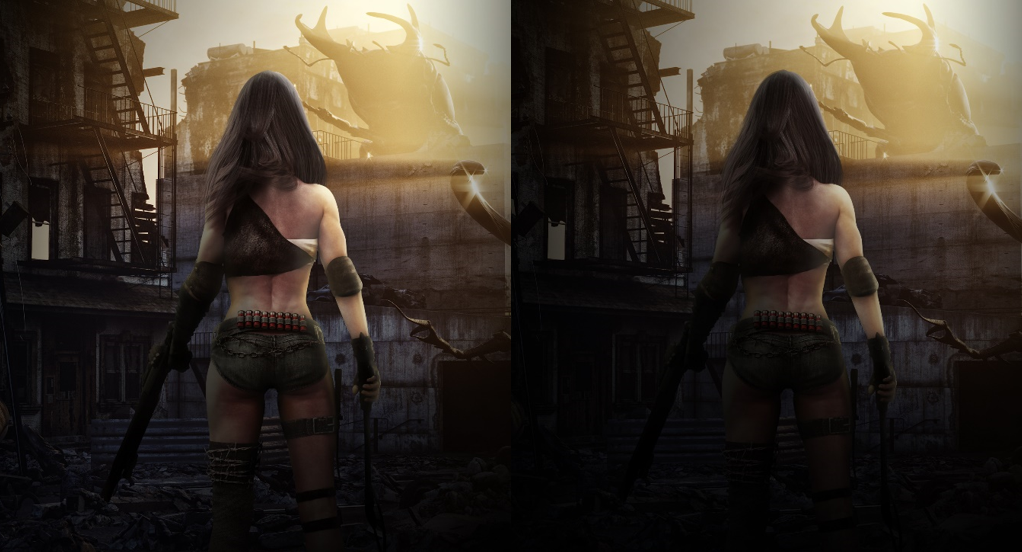 Without Shadow Control (on the right), the left part of the image is much darker than the rest. This makes it difficult to see enemies hidden in the shadows.

With Shadow Control turned on, however, the very same image (on the left) seems much cleaner and detailed. At the same time, the effect doesn’t disrupt the beauty of the original frame but only adjusts the levels of blackness. Thanks to Shadow Control, you will experience fewer frustrating moments that arise from lighting levels that seem unfair and may disrupt your immersion in the game.

Instead the feature preserves the game’s unique atmosphere and makes it, in fact, more enjoyable. As shown in the second example, Shadow Control can also make colors stand out, adding a glowing effect to images. Not only does this add to an image’s visibility but makes it also more beautiful and appealing overall, as important details get highlighted and contrasts are being enhanced. 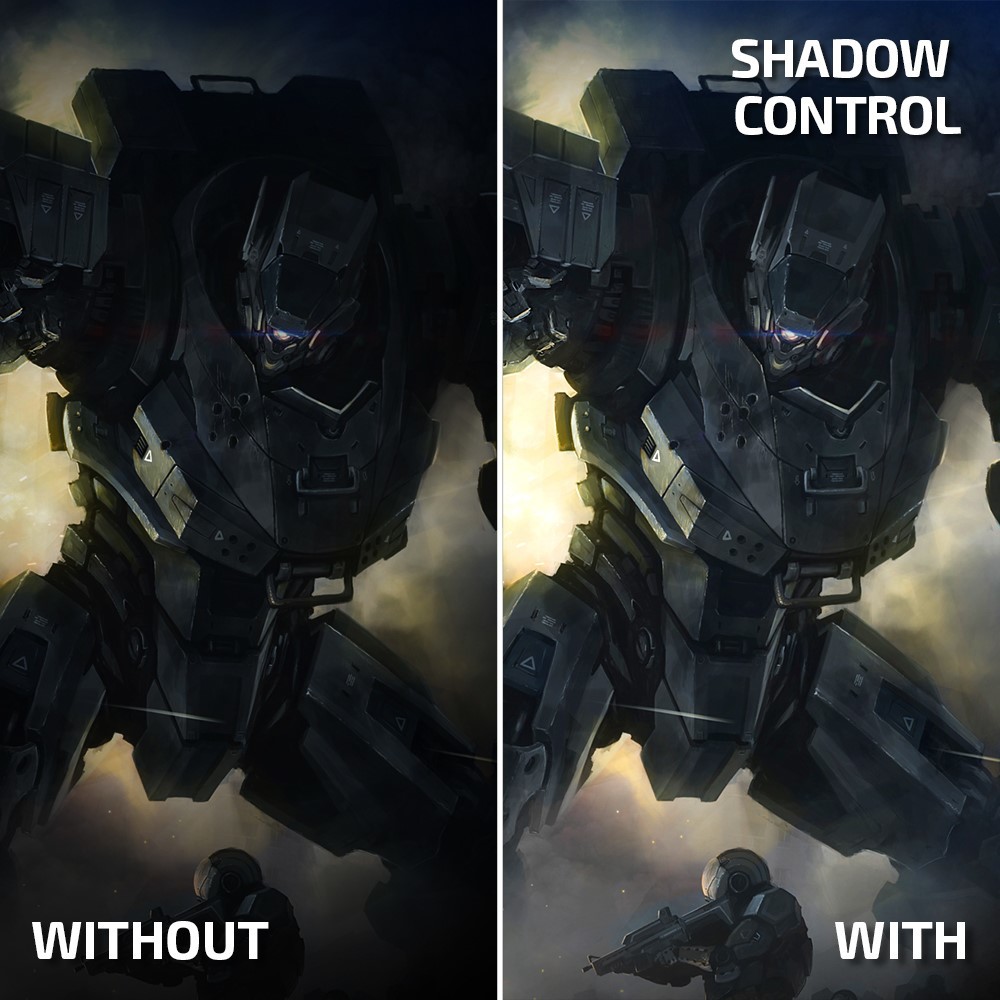 The power duo: good graphic and a matching monitor

Many people consider the graphics card to be the most important component in order to run the latest AAA-blockbusters. However, the graphics card can only do so much without the fitting monitor. After all, the screen needs to be capable of displaying the images provided by the card.

Therefore, it is imperative to have a monitor that meets the high demands of ever-increasing graphic card’s settings. Most of AOC’s gaming monitors feature Shadow Control options in an easy-to-use UOSD setup menu. It grants you full control of the shadow levels shown on your screen.

No matter whether you want to increase the contrast for more visibility or you need stronger shadows, this feature individualizes your gaming experience even further. Especially atmospheric titles benefit from Shadow Control remarkably and make it easier to lose yourself in a game for a time.